Just added to your cart

Maria Montessori is one of Marbotic’s main inspirations. This Italian physician, from the late 19th century, has dedicated her life to children's education. Thanks to her observations and work, the world discovered the importance of hands-on learning and child-centered approach.

As a Montessori practitioner, I find it bizarre that the method has yet to displace the conventional classroom as the de facto means of education to all children on earth. From as far back as the 19th century, observations from pioneers of child psychology like Maria Montessori were already suggesting that public education was out of step with the developmental needs of children and society at large.

Montessori suggested what behavioral psychology is increasingly corroborating: the practical needs of children must be taken into account when educating children. This may seem self-evident, but an intersection of arbitrary interests has been actively working against this from as far back as the industrial revolution: the failure to appreciate childhood as the fundamental building blocks of all subsequent life (the tendency is to view it as transient, inconsequential and fleeting), the determination of education priorities by special interests like politics and the needs of the economy, and, the reluctance to disrupt the supply chains and linkages that are the conventional education system with its emphasis on testing, and technology.

Montessori Education is different in many respects. It is a child-centered approach that concerns itself with the comprehensive development of the individual through self-construction. The senses can perceive stimuli by taking in and gathering impressions as soon as the infant is born. According to Dr. Montessori, “...we come in touch with and know the external world using the senses. Hence, we do not know the real external world. Still, we know the sensations which come to us from the external world and only in so far as our sensations are accurate can we come in touch with the reality of the external world” So, the senses do not work in isolation from other functions of the body, but in cooperation with sensory organs, nerve connections, and muscular movements that communicate with the brain to form perceptions of the environment.

It is essential to educate the senses by creating an environment and providing materials that allow the child to experience an accurate and proper understanding of the world around him. The child engages in sensorial explorations through everyday interactions with his environment. It is essential to expose the child to many sense-related experiences and allow him the freedom to explore the elements of the domain. The child absorbs and perceives impressions by exploring through movement and physically contacting the world around him. The child’s absorbent mind stores this information while building mental classifications until he transitions into the conscious phase. During the conscious phase from ages 3-6, sensorial explorations are done on a more conscious and intentional level. He is deliberate in his explorations and builds mental distinctions between people, objects, and other experiences in his environment. He sorts out the impressions he absorbed previously and categorizes each into classifications. This is demonstrated through his deliberate act of picking up an object with his hands and exploring its shape, dimension, or color qualities. This exploration reinforces the existing mental structures and develops new ones for a unique experience.

The materials prepare the child directly for classifying the world around them. However, the materials also indirectly prepare the child for something later. The ability to accomplish tasks or work with future materials is made possible because exercises have already designed a physical or mental organ the child engaged in previously, “thus the whole progression of knowledge becomes unified because all knowledge is rooted in something which came before” (Montessori, The Creative Development in the Child, p. 145). The dimension materials offer the child a foundation for mathematics, algebra, and cubing.

Dr. Montessori pointed out the importance of developing the senses during development when abnormalities can be corrected: between 3-6. Work with the Sensorial materials provides an opportunity for the guide to identify any positive defects so that all resources for support can be made available to the child. Such debilities might inhibit the child’s ability to adapt to his environment due to poor sight, hearing, or perhaps tactile nerve damage. Discovering these early provides adults with information to offer corrections to improve the shortcoming. 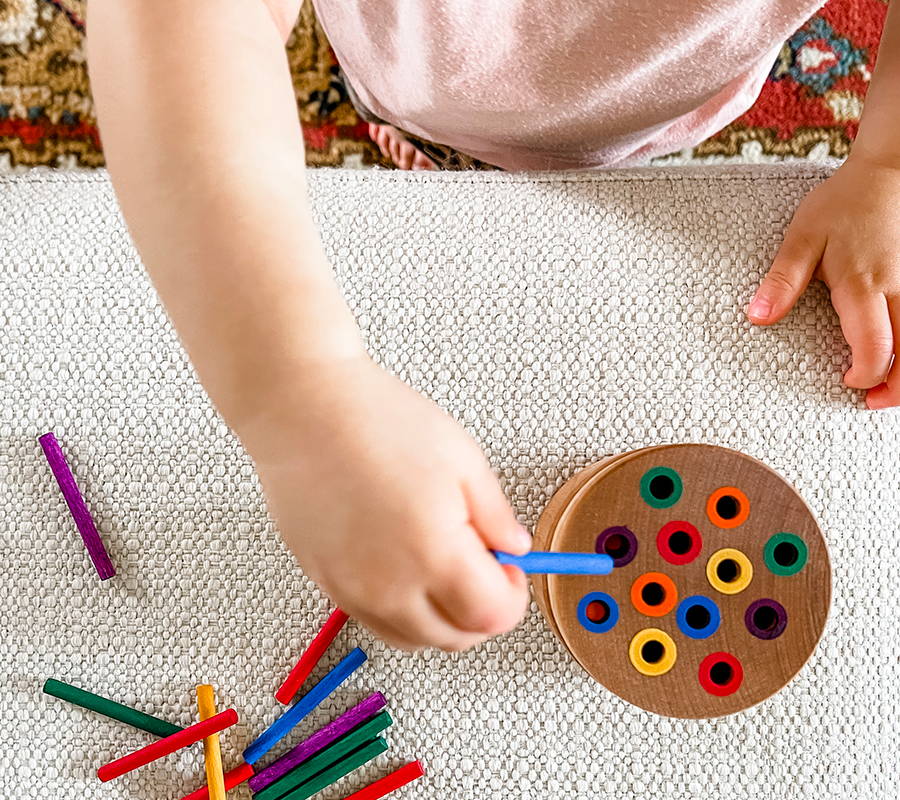 All in all, a child-centered approach to education goes far beyond the technical and abstract demands of education as many of us receive it. Montessori education attempts to create a comprehensive learning system that prepares the individual intellectually, physically, morally, and practically for the dynamic changes of our fast-changing world. If we honestly expect a much better future than the world we inherited, we must be willing to educate children into fully functional, contributing members of society. As Dr. Montessori said, you educate the child, you create the future.

It will help little ones develop phonemic awareness, which is a skill that predicts later literacy performance. 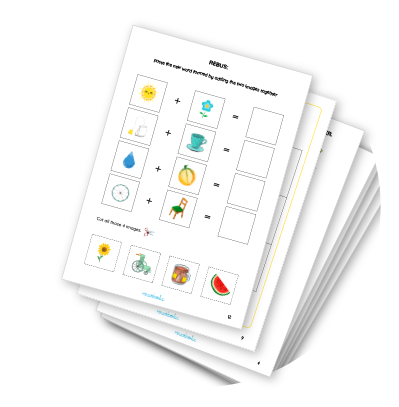